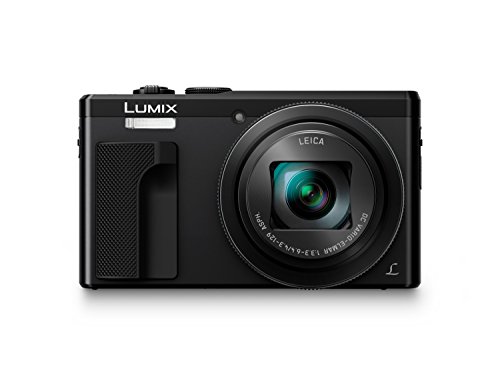 The Panasonic ZS50 is a nice travel camera with solid image quality throughout the zoom range–Panasonic just upped the ante with the ZS60, however, adding 4K video onto an already solid camera.

The Panasonic ZS60 still sports a nice 30x optical zoom. With a 1/2.3″ sensor, it’s a cheaper version of the more enthusiast-oriented ZS100 with a 1″ sensor. That zoom is paired with a nice 3 cm. macro mode, making the ZS60 a very versatile camera.

While the smaller sensor makes it more of a consumer camera, the ZS60 offers manual modes and RAW shooting for more creative control, though the simpler automated modes are still present as well.

But the biggest headlining change is the addition of 4K video at 15 fps. For when a faster frame rate is needed, 1080p video is available at a smooth 60 fps. While 4K is becoming more common, it’s still hard to find in a camera that’s so compact, or for less than $500 for that matter.

That’s a great addition to an already solid camera, though it’s worth noting the video on the older model did have some lens noise when zooming and there’s not word yet if that’s been improved.

The 4K video creates an interesting 4K photo burst mode, where images can be shot as fast as 30 fps. This option actually works by pulling stills from the video, but since the video resolution is so high, you’ll still theoretically get solid images. That’s going to be a good feature for shooting action like sports or active kids. Traditional burst shooting is also offered at 10 fps.

All of these features are backed into a pretty small camera, weighing less than 10 ounces. The ZS60 is an excellent camera for traveling. The older ZS50 produced great images for the category, and now the ZS60 looks to add great video to the mix as well.

For even more capability, Panasonic offers similar features with a larger sensor in the ZS100. Because of the larger sensor, the zoom is a smaller 10x, though. The ZS60 is a solid choice in a crowded compact travel zoom category.