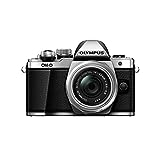 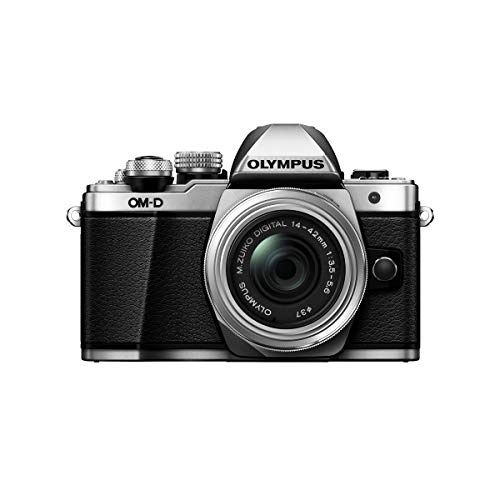 When it comes to the micro four thirds format, Olympus is the camera brand that comes to mind. The Olympus OM-D E-M10 Mark II is an affordable entry into the popular line, sitting at under $800 with a kit lens, a pretty nice price point considering the more advanced E-M5 is more than twice as much.

As the “Mark II” in the name implies, the second E-M10 has a lot in common with the first version. The biggest improvement is the new five-axis image stabilization system, advertised for allowing for up to four stops slower shooting handheld.

There’s also a few more subtle differences, like the larger electronic viewfinder.So, does the E-M10 Mark II live up to Olympus’ high standards, despite the more budget friendly price?

What type of photography is the E-M10 Mark II best for? I took a look at the camera’s design, performance and image quality in a Olympus OM-D E-M10 Mark II review to find out.

Like the others in the OM-D line, the E-M10 II is a beautiful piece of equipment. With a design reminiscent of film cameras, the camera feels nice in my hands. With a mostly metal construction and a faux leather wraparound, Olympus certainly didn’t cut costs at durability’s expense. The back has some plastic, while the top, bottom and kit lens are built from metal.

There’s a small grip at the front and a deeper one at the back that only covers the tip of the thumb that makes it a bit easier to hold, though I would not have minded a bit larger grip. The whole thing, grip included is 1.83 inches deep and weighs about an eighth of a pound (390g).At the top right, the E-M10 II has three very prominent dials—big and easy to both find without looking and turn.

One flips through the different modes while the one that also houses the shutter release on top controls aperture and the third adjusts shutter speed. Even farther to the right is a dedicated movie record button. Above that, unique to the Olympus line is a curves adjustment control for tweaking contrast before the shot to save time in post processing (or you can custom set that control to something else).

Still at the top of the camera but opposite the pop up flash, the on/off switch is large and sturdy, turning it just past on pops up the flash. Next to that is a function button that can be custom set to access a variety of different settings.The back of the camera is largely occupied by the touchscreen.

Features like touch-to-focus are included, but there’s still plenty of controls to avoid fat-fingering your way through the menu. The screen tilts on a hinge-style system, which has a limited range of mobility—you can’t flip it to the front of the camera, but it offers a nice enough range for composing awkward shots or adjusting for better viewing in sunlight.

The different viewing options are nice—I can see all of my shooting settings, the exposure meter and the histogram easily, or turn them all off. While the electronic viewfinder will display effects like monochrome, it doesn’t adjust for exposure like some cameras do, which depending on how you look at it can be a good or bad thing.

Both the viewfinder and LCD screen don’t appear to be affected by the rolling shutter that can cause lights to appear to blink.At the very top of the thumb grip is another function button that can be custom set. Below that are the menu controls and playback options. The arrow keys adjust the single point autofocus instead of doubling as shortcuts.

At first, I wasn’t quite sold on navigating around the E-M10 II—but while the camera has a bit longer adjustment period than most, the control scheme can work quite well. The saving grace are those three function buttons that can be custom set.

I like to have access to all three elements of the exposure triangle without heading into the menu, so the first function button I set to the ISO/WB—when pressed, the aperture and shutter dials scroll through the ISO and white balance options instead. I left the second function button set to the default curves and set the third one to the focus modes.

Even with those three options, I was still missing a few shortcuts for common settings. I had to access the menu to adjust the burst mode, metering and focus area, and the last two are located in the custom menu, not the shooting menu and took a bit to locate. A quick menu containing these settings would have been a nice addition.

While the E-M10 II is an affordable entry into the Olympus mirrorless line, it’s still one of those cameras that you really have to spend some time with (or actually read the manual) to discover all that it can do. While I would have liked to see a quick menu, there are a ton of different features on the E-M10 II that you don’t normally find at this price point, like built-in curves adjustment and focus bracketing.

Naturally, with the amount of features, finding them all is a bit tougher, but Olympus did a pretty decent job of getting them all in there.The design of the kit lens is worth a note here too. It’s a very compact pancake lens, offering a 14-42mm range in a very small profile. In order to do that though, the lens uses a barrel style design much like you find on a compact camera.

That means the lens has to pop out before you can shoot (which only takes a few seconds). The design also means the lens has more of a power zoom than the traditional twist zoom. Not a big difference for photography, but it could be a big consideration for video.

As a more affordable entry into the Olympus mirrorless line, the E-M10 II is a camera suited for beginners and enthusiasts and even consumers just looking for better photo quality. That’s made apparent through the inclusion of both manual and automated modes. Along with all four manual modes, there’s an intelligent auto mode, plus an art slot for effects like toy camera and selective color.

There’s also a good selection of scene modes including panning and night scenes. One of my favorite aspects of every Olympus camera I’ve tested so far is the macro capabilities, and the E-M10 II is no different. Even with just the kit lens and not a dedicated macro outfit, the camera can focus pretty close and does well with macro mode.

Speed is often sacrificed for budget cameras, but the individual image speed on the E-M10 II is up to par. With autofocus off, shots were about half a second apart. Turning autofocus on only increased that speed about a tenth of a second.The camera’s tech specs list a burst speed of 8.5 fps, which is pretty good.

But, here’s a little where the budget price creeps in: that speed is only attainable with that five-axis image stabilization off and tracking autofocus off. If you want to leave those features intact, the top burst speed is just 4.2 fps. The buffer isn’t too horrible though—the camera can take about 20 JPEGs or 10 RAW files before slowing.

Start-up speed is affected a bit by that barrel-style lens that needs to power out before taking photos. Even with that delay, the camera was photo-ready in less than three seconds.Overall, the E-M10 has pretty good speed for the price.

While the burst speed while using image stabilization is a bit slow, the autofocus is quick and accurate too. Even using the kit lens, the E-M10 offers the solid macro performance we’ve come to expect from Olympus.

The E-M10 II uses a 16 megapixel micro four thirds sensor. That’s smaller than the APS-C sensors found in entry level DSLRs and many other mirrorless lines. The megapixel count is also on the lower end with many more manufacturers today hitting around 24. Still, the micro four thirds offers advantages like portability and offers plenty of resolution for many photographers.

So, outside the numbers, how does the image quality hold up?Color and contrast on the E-M10 is good, but the camera offers a little more flexibility there than most cameras. It’s not uncommon to be able to customize your color settings, but the E-M10 Mark II also includes an in-camera curves adjustment.

Using this feature, it’s easier to bump up the contrast to your own personal preference, or for what that particular shot needs—for example, I used the curves feature to enhance the appearance of the late morning fog and the texture on the trees in this shot (although a bit overdone):

Sharpness on the images is good, though that tends to diminish towards the edges. There was a small amount of fringing in high contrast areas towards the edge but overall did well for the price point. That sharpness leads to pretty good detail and some nice macro photos.Noise reduction on the E-M10 is above average, with some obvious noise creeping in at ISO 800.

If you’re not cropping (or need to prioritize eliminating blur over noise) you can push it higher, but it’s probably best kept at or under ISO 3200. Low light performance is also average, though could be improved quite a bit by picking up a brighter lens.

The image stabilization system is a nice addition—helpful for pushing the shutter speed a bit lower to keep out unwanted noise while still keeping camera shake at bay. The kit lens on the E-M10 is about what you’d expect from a kit lens.

The ultra wide perspective leads to some line distortion at 14 mm—but that distortion is universal across brands. Both the sharpness and low light performance could be improved a bit by upgrading the kit lens to something a bit brighter.

Video quality is surprisingly good. While the sharpness and picture quality is average for the price at 1080p, the five-axis image stabilization system is a big help. The camera can also refocus during video. And despite having the barrel-style lens design, there’s actually very little noise when zooming in and out.

The Olympus E-M10 II is a versatile, affordable mirrorless camera that can shine in a variety of scenarios. The camera packs in quite a few extra features like curves adjustments and focus bracketing, though albeit hidden in the menu. With a bit of time and experimentation, even beginners can create great pictures with this camera.

Despite being a small camera, the E-M10 captures great detail and color and excels at macro photography.There’s a lot to like about the E-M10 II, including the five axis image stabilization system, a fast autofocus and solid design. But, that image stabilization isn’t offered at the top burst speed.

All of those features packed into a small camera with limited space for controls and dials means it takes some exploring (and digging into the manual) to adjust to. While image quality is good overall, the camera has a smaller sensor and just average noise reduction.The E-M10 II is priced at right around $800 with a 14-42mm kit lens.

The older version can be picked up for about $300 less if you’re really on a tight budget, but that means sacrificing the image stabilization system. The E-M5 II is faster and weather-sealed, but more than doubles the cost for the kit (which also includes a better lens).

The closest competing camera is likely the Fujifilm X-T10, and while about $100 more, has a larger sensor and a better control scheme but slower autofocus and flash sync speed.The Olympus E-M10 II is a solid option for beginners and enthusiasts on a budget. If there’s any wiggle room in the budget, pick up the body only and a better lens to expand the camera’s capability even more.