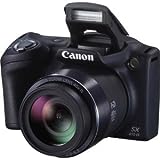 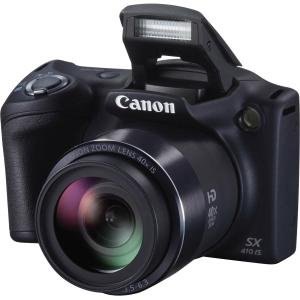 Less than a year after introducing the SX400, the Canon PowerShot SX410 will hit shelves with an even bigger zoom. The SX410 certainly isn’t the best super zoom camera on the market, but it’s one of the most affordable and will suit a lot of consumers.Where the previous model had just a 30x zoom, the SX410 tops that with a 40x optical zoom.

Speed is a very common sacrifice among budget cameras, and the SX410 only hits 2.2 fps, and that’s just in low light mode. Across the other modes, the burst is a paltry .5 fps. That slower speed makes it hard to recommend this camera for shooting sports or taking pictures of kids, though users looking to take landscape shots with a travel camera won’t need the speed anyways.

While the burst speed is cut, the maximum shutter speed was actually dramatically improved at 1/4000, which, in bright light, will help to freeze fast moving subjects without blur. The SX410 doesn’t have extra features like manual modes, RAW shooting or wi-fi. But that 40x optical zoom for $250 may be tempting enough for some. The SX400 was well-received, and for the right consumer, the SX410 is a good option.

For a big boost in speed, features and image quality, another $100 or so will get our favorite super zoom of 2014, the Fujifilm S1–it will be worth saving up for many consumers, particularly those looking to shoot sports, take pictures of their kids, or learn how to use manual modes. The Canon PowerShot SX410 is expected out in March of 2015 for a list price of $249.99.