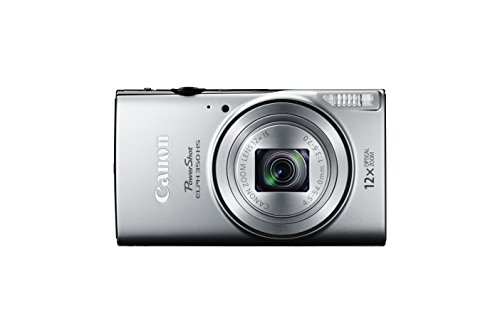 Canon is one of two manufacturers that we would buy a point-and-shoot from based on reputation alone. That said, we’ve been rather disappointed lately with the speed specs on the camera giant’s latest consumer models.The Canon PowerShot ELPH 350 improves on the resolution by bumping the megapixels up to 20.2 from the ELPH 340’s 16.

The sensor remains the same size, and the processor is the same as well. It still packs in optical image stabilization, as well as wi-fi for wireless printing or using a smartphone as a remote.What’s disappointing is that the ELPH 350 eliminates the high speed burst mode that was on the 340, at least from what we see in the specs.

The older model had a 10.5 fps high speed burst mode, which granted can only be used in that mode, but was still one of our favorite aspects about the camera. The newer model hits just 2.6 fps.The Canon ELPH 350 will likely capture solid images for the price point–but we don’t think another four megapixels is a good trade-off for such a significant drop in speed.

If you don’t shoot many fast-moving objects like sports, pets or kids, the ELPH 350 is a good option–but we’d go with the older, faster and cheaper 340 if we had to choose between the two.The Canon PowerShot ELPH 350 is headed to shelves in April, 2015 for $209.99 with black and silver color options.