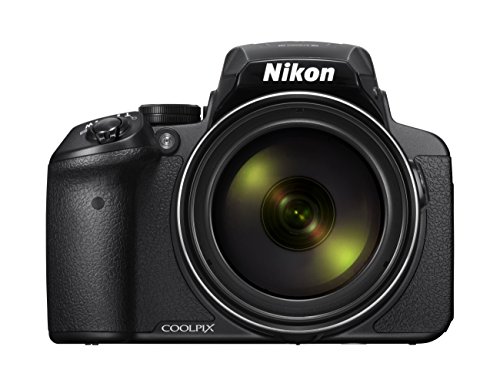 If one thing can rescue the point-and-shoot camera market from the smartphone, it’s a good zoom. And if there’s one camera with a good zoom on the market right now, it’s the Nikon COOLPIX P900.

The camera giant just breezed past the 50x zoomers with a laugh and a little wave, because their latest super zoom camera tops the category with a 83x optical zoom, the equivalent of a 2000mm DSLR lens.

But while that 83x zoom looks great on paper, image quality often degrades as zoom increases. Is the 83x zoom too much, or has Nikon really managed to pack an 83x zoom into a small-ish lens that still snaps solid looking images? I took the Nikon P900 for a spin to find out—and was pleasantly surprised from wide angle to full zoom.

To really appreciate the design of the Nikon P900, let’s put things into perspective. Nikon’s longest DSLR lens listed on their website right now is a 800mm lens. It weighs over ten pounds just by itself and, as a prime lens, doesn’t zoom in or out at all. Oh, and it costs $17,899.95.

In comparison, a 2000mm equivalent zoom lens that weighs less then two pounds permanently attached to a $600 camera is certainly no small feat of engineering. The size of the P900 feels quite similar to their APS-C DSLRs. The P900’s body is a bit longer, but the depth and height are quite similar to the new D5500 DSLR.

The lens sticks out about four inches from the body when the camera is off, heading into full zoom adds about another 3.5 inches to that length. With such a small body and such a big lens, the P900 is certainly weighted towards the front of the camera. I didn’t notice it much once I started shooting though, and the comfort level was similar to shooting with a DSLR and kit lens.

At the side of that big lens, there’s a toggle to adjust the zoom, plus a zoom preview button to help you frame the subject, which can be quite tricky at full zoom. If the zoom toggle on the lens barrel isn’t your cup of tea, there’s another one more traditionally located around the shutter release at the top of the camera.

That’s also where you’ll find the mode dial and control wheel, as well as a function shortcut and the on/off button, all within comfortable reach with the right hand.

Nikon has included both an electronic viewfinder and a tilting LCD screen—and both are quite excellent. Electronic viewfinders are a little hard to get used to from the traditional optical type, but it offers the added benefit of being able to preview special effects and even access the menu from the viewfinder. A sensor automatically turns the viewfinder on and the screen off when put up to your eye.

The screen is nice as well—it flips out to the side and can be viewed from the front of the camera without being blocked by the camera body or flash, and it corrects the orientation so you are never viewing the image upside down. The arrow keys to navigate through the menu double as shortcuts as well as a second control wheel for adjusting aperture in manual and aperture priority mode.

Shortcuts included at the back of the camera are for flash, self timer, macro/autofocus and exposure compensation. There’s also a dedicated record button for video and another for wi-fi access. The function button (at the top of the camera) can be set to control a number of different settings, like burst mode and ISO.

The Nikon P900 is pretty well designed, though I certainly wouldn’t mind seeing a quick menu. Metering and focus modes are adjusted within the full menu, which is a bit more time consuming then models we’ve tested with quick menu options.

I expected the long zoom lens to offer a good user experience with a reach that no other bridge camera can capture currently. But while the 83x zoom is the headliner here, close-up shots were excellent. The autofocus grabbed objects close to the camera very well.

Where a lot of cameras claim a good macro in their specs, this one seems to really live up to the claim for focusing as close as .4 inches from the front of the camera at the widest angle. The only time I had trouble with the autofocus was when using the zoom with another object in the way (i.e. a string of barbed wire in between the camera and the subject).

The possibility of taking both macro shots and extreme telephoto images in a single camera (and a single lens) is really quite remarkable—in fact, the versatility is my favorite part about the Nikon P900.As well as having a pretty good focus range, the autofocus speed is excellent as well. In our test shots, manual focus single images were taken about a second or so apart.

With the autofocus on, the time between shots was still only about 1.3 seconds apart. Burst speed is about average at 7 fps, nothing too surprising but decent enough to capture some action in sports or wildlife photography. Start-up is usually fairly quick as well, with the camera ready to take a picture in about a second and a half, though sometimes it takes longer.

The Nikon P900 has a very wide selection of modes—enough to please both the advanced user (i.e. manual modes) and the casual shooter, including a slot to save your favorite settings. The scene auto selector is a fancy auto mode that will choose the scene mode for you, but there’s a good variety to choose from to match pretty much any scenario.

Along with the typical options like sports and portraits, there’s a mode for birding, which is good to see on a super zoom camera. I also had some success with the backlighting mode: With an excellent amount of versatility from macro to telephoto, user experience and performance is definitely a plus for the P900.

I was a bit disappointed with the image quality at the end of the 60x zoom on the Nikon P600—so I reviewed the images from the P900 with low expectations. While the image quality of a shot taken at 83x isn’t as good as one taken from a wide angle, the images are certainly still of acceptable quality and were better than I expected.

Color and white balance were interpreted quite well even on the automated modes. The ambient lighting was also picked up and made for some pretty solid shots. At a low zoom level, the level of detail is excellent. I could see the tiny water droplets at the top of this cow’s head while I was out shooting in an April snowstorm:

A similar image taken at full zoom looses that tiny detail. And while it might not be something you’d make a large print of, the shots at full zoom were still pretty good considering. Sharpness, again was excellent for macro shots and wide angles, but there is a significant difference when using that big 83x zoom. Take a look at how you can clearly see separate lines in the test shot at a wide-angle, but those same lines blur together quite a bit in the same test at 83x:

Noise reduction is about average for the category. I would feel comfortable using up to ISO 1600 on the P900 if I needed, but 6400 is quite grainy. Outside of the long zoom range, the P900 also has a brighter lens than most. At the widest angle, the f/2.8 aperture helps capture solid low light images, and also helps to blur the background more. That aperture increases to f/6.5 when at full zoom, however.

And while the image stabilization system is pretty good, it’s simply going to be difficult to use an 83x zoom indoors without a tripod. Keep in mind that 83x zoom is not going to be needed to get across your living room and could probably get across most houses. But if you plan on using the P900 to shoot from the back of a dark auditorium, for example, you’ll want a tripod to use that big zoom.

The P900 captures very crisp looking video at wide angles and also captures sound well—but we’d like to actually be able to use that 83x zoom while shooting video. The camera wouldn’t adjust the focus after zooming in and the lens also made an audible noise while zooming. Of course, you can zoom first and then start recording, but the autofocus did not adjust when using the zoom while recording.

There’s no doubt that the Nikon P900 has the best zoom on the market currently. And while that zoom isn’t as sharp at the end, the P900 will outperform similar cameras at the same zoom lengths—and then go in quite a bit closer if needed. The P900 is extremely versatile, with macro shots being just as easy as telephoto snaps.

We’d like to see a quick menu added to the navigation. Noise reduction and the sharpness at the end of the lens could be tweaked some, but the Nikon P900 is truly an amazing camera considering everything that has been packed into a small-ish camera. Remember that 800mm zoom lens from the beginning is priced at $17,899.95—zoom is pretty valuable.

But, if you don’t really need a big zoom, you can pick up the Nikon D3300 for $100 less and get better image quality from the larger sensor. The next best thing is going to be the Fujifilm S1, which in our tests had the best image quality at the end of its 50x zoom. Really, the P900 will work well for anyone that simply needs to get up close.

It’s a good option for taking pictures of wildlife or little league without a professional’s budget. Decent speed makes it an option for sports as well. That big zoom is best when the lighting is good, though. Don’t expect to take it to concerts and sit in the back without a tripod.

While the engineering of the 83x zoom with a .4 inch macro in such a small camera is pretty amazing, the technology hasn’t reached the point where handheld shots in limited light and a 83x zoom aren’t subject to blur.