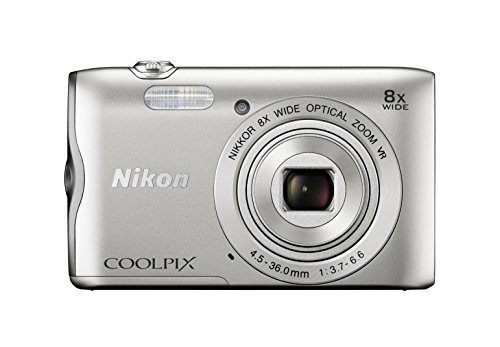 Just when we thought camera companies were done with the budget compacts, Nikon announced the Coolpix A300. Actually, the A300 was announced almost a year ago outside the U.S. -- so it's not exactly even a new camera.

The camera uses the cheaper CCD type sensor, though at 1/2.3" it's slightly larger than the typical smartphone camera. The lens offers an 8x zoom that most smartphones don't offer. That lens, however, isn't very bright. Combined with a limited ISO and shutter speed range, and the A300 is likely to be a poor performer in low light.

Video-wise, the camera can only shoot in a 720p quality, though that's where the camera's only stabilization system comes in.

While there's not a whole lot that the W300 offers that most smartphones have besides the slight zoom, the camera does have both Bluetooth and w-fi for connecting the camera to a smartphone.

Nikon's decision to continue releasing budget compacts has us puzzled. The A300 doesn't look to offer much -- except for a very reasonable price tag. The bottom line? You get what you pay for -- don't expect the A300 to outperform a $800 smartphone, but for those that want a basic camera that's not built into their smartphone, the Nikon A300 is certainly a cheap option.