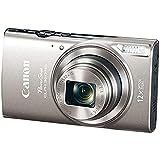 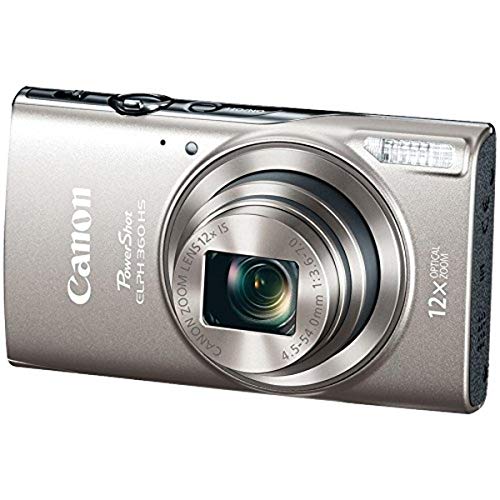 Canon introduced two budget compacts early in 2016 and the Canon PowerShot ELPH is the better of the two options. For $50 more, the 360 offers a better sensor, more zoom, and faster performance over the $159 ELPH 190.

The Canon ELPH 360 captures images with a 1/2.3″ CMOS that’s also backlit. While the size is the same as the 190, the backlit design offers better performance.

The lens has a nice 12x zoom, though it isn’t very bright. The f/7 maximum aperture when using the full zoom isn’t going to do very well indoors or in limited light. The expanded ISO range over the 190 offers better low light performance, but don’t expect great results from the lens.Speed on the 360 is pretty slow–the burst speed is just 2.5 fps. That’s an improvement over the 190’s .8, however.

The Canon ELPH 360 also has better video, at the 1080p resolution, though still at a slow 30 fps frame rate. While the 360 is a budget camera, it does offer wi-fi.The Canon ELPH 360 is the better option over the 190, but the “you get what you pay for idea” still applies.

The speed is pretty slow and features are fairly minimal. Before you buy, consider some older cameras that have lower price points because of their age, not reduced features, like the Panasonic ZS45, Nikon S6800, Sony WX220, or Panasonic ZS40.