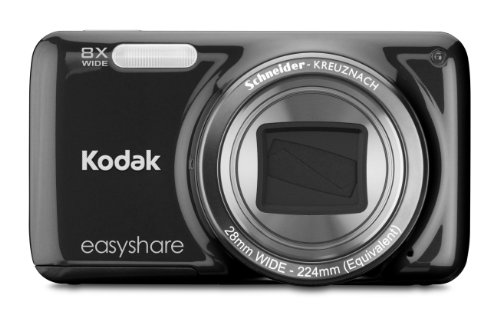 The Kodak Easyshare M583 seems like a solid mid-zoom point-and-shoot. Last year’s M580 was a commendable camera, mainly because it had such a long (8x) zoom at a low price; this most recent model doesn’t really offer anything new, but you can’t mess with success…mostly. While the LCD screen is larger, the memory card format has unfortunately switched to microSD.

Why would you do that? Rugged cameras can get away with it, but it seems like a foolish move for a stand-alone, non-tough point-and-shoot. Several other point-and-shoots do the exact same thing as this does, but without the awkward microSD format.