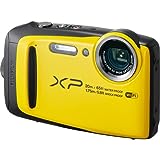 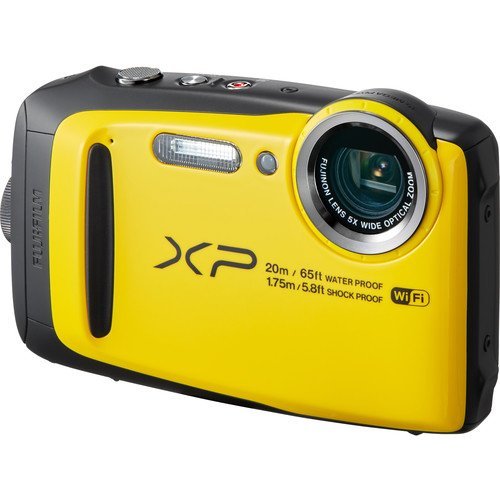 While the camera has a deeper rating, many of the features remain unchanged. The XP120 uses a 16 megapixel 1/2.3 inch sensor. New to the XP120 though is a backlit design, which helps the sensor perform a bit better in limited lighting.

The 5x zoom lens remains unchanged with a so-so maximum aperture of f/3.9-4.9.Along with the backlit sensor, Fujifilm has also added in-camera cinemagraphs, something the XP90 doesn’t offer. The new feature allows users to shoot moving photos, where only one portion of the image moves while the rest is unchanged.

The feature is a nice option, since cinemagraphs are normally time consuming to make.The XP120 is wrapped up in a small, colorful body that’s rated to head underwater as deep as 65 feet. The camera is also rated to withstand drops of about five feet and is also less affected by cold weather compared to typical compacts.

The water sealing also doubles as a way to keep dust out of the camera.The Fujifilm XP120 isn’t the best waterproof compact on the market, but it is one of the more affordable options. While the camera doesn’t have the bright lens of the Olympus TG-4, it has a slightly deeper rating and faster burst than the similarly priced Olympus TG-870. When the budget is limited, the XP120 isn’t a bad choice.