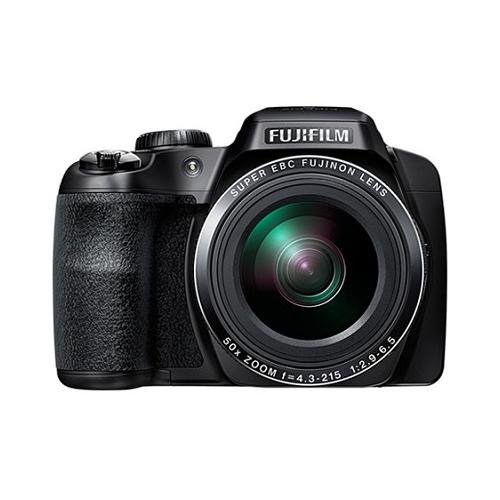 The FinePix S9400W is one of a handful of long zoom options Fujifilm introduced at CES 2014, along with the Fujifilm S1. The S9400 actually has the same sensor as the S1, though takes AA batteries instead of a rechargeable lithium-ion, has a bit slower maximum shutter speed and doesn't offer RAW. But for a $150 less, if the weather-sealing and RAW shooting don't interest you, the S9400 is a good alternative.

It also features the same super macro mode that focuses as close as one centimeter, so you can shoot both close-ups and shots from afar with the 50x zoom. As an extra bonus, Fujifilm hasn't axed the beloved viewfinder. Fujifilm also introduced the S9200, which is very similar and about $25 cheaper, but the wi-fi and better battery life make the S9400W the better option for such a small difference.