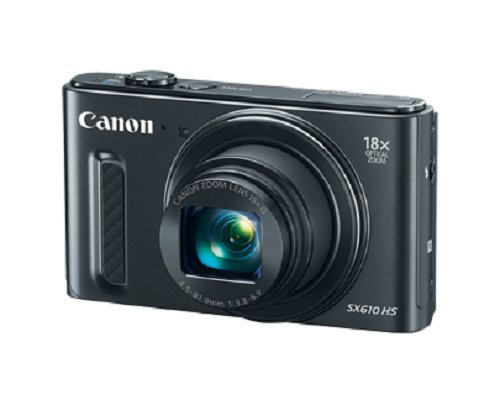 The Canon PowerShot SX610 HS is a slightly downgraded version of the SX710–it’s still a good option for travel, but it’s a bit easier on the budget than its big brother. The SX610 sports an 18x optical zoom, where the SX710 offers a bigger 30x.

The range is cut back at the small end too–Macro shots are possible as close as two inches from the lens, where the pricier model cuts that down to .4 inches.

The sensor is the same size, so resolution isn’t sacrificed for the price. Speed is slightly downgraded, but not a big difference over the SX710. It’s worth noting, though, that the fast burst mode isn’t available in every mode, in auto and programmed auto, the top burst speed is just 2.5 fps. The Canon SX610 isn’t the greatest compact travel zoom out there, but it is one of the most affordable and offers a lot for the price.

Check and see if models from previous years are available first–often, you can get more features for the same price if you’re willing to pick up an older model. The Canon SX280 is one example of this.